Allen D. Cox, age 56, of Cowboy, Texas, passed away Saturday, August 8, 2020, at his ranch. When Allen met Jesus on Saturday, his family is sure his smirk turned into a smile when he saw there were fields to be plowed in heaven.

Allen managed Blevins Body Shop for 22 years, but farming was his passion and calling. His work ethic was beyond compare. He clocked out at 5 pm Monday-Friday but his workday ended when his body told him to stop. His determination and attentiveness to the task at hand set an unprecedented standard.

Allen was a generous man willing to lend a hand and care for other’s land and property as if it were his own. He was a prime example of actions speaking louder than words. Allen’s desire to honor others guided his servant’s heart.

Allen often said he wanted to share what God had given him, so he opened his home and his heart to family, friends, and anyone needing a place to land. Because of his generosity, he was respected and loved by so many. He enjoyed providing a place for people to get away, have fun and relax. No one ever left the 4D Poverty Ranch hungry because Allen loved to cook. Planned or spontaneous, he was willing and ready to feed a crowd or few.

Allen saw a solution when others saw a problem. His determination and stubbornness fueled his problem-solving mindset. He found answers and peace when talking to God while plowing, hunting, and fishing.

The evidence of Allen’s influence and love is seen in the lives of the people who love him most. He loved deeply and worked hard.

Allen’s legacy is strength, integrity, and unconditional love, which will live on through his sons, Josh Cox of Brownwood, Jake-Allan Cox and wife Kadie of Bangs, Tanner Cox and fiancé JoAn of Brownwood; Dylan and Grant Lewis, who he always considered his sons; grandson, River D. Cox of Bangs; wife, Denise Cox of Rochelle; his mother, Delores “Jean” (Fulton) Cox of Brownwood; 2 sisters, Jeanni Luckey of Early, Kelli Lenzi and husband David of Brownwood; 2 nieces, Nicole Hamlet and husband Will of Round Rock, Morgan Davis and husband Jeff of Brownwood; 1 nephew, Joseph Lenzi of Early; and 2 great-nephews, Maxwell Hamlet and Layton Davis. He is also survived by numerous other relatives and countless friends that became like family to him. 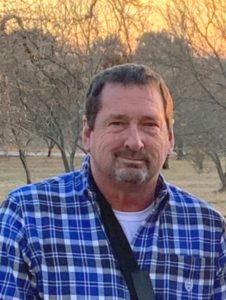