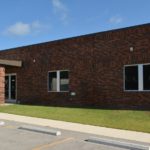 Early voting by personal appearance runs June 29th – July 10th, 2020.  All in person Early voting will be held at the Elections Office located across N. Broadway from the Courthouse at 613 N. Fisk, Suite 200 in Brownwood.

Office will be closed July 3rd-July 5th for the 4th of July Holiday.