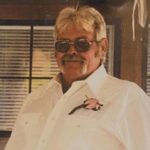 Emmet Murl “Butch” Wagner Jr, long time resident of Brownwood, Tx.  left this world on Saturday October 24, 2020.  He was born to E.M. And Marjorie Bullard Wagner on August 20, 1946 in Brownwood, TX.  He is survived by his brothers and sisters: Jack Wagner of Brownwood. Beverly Hill of Ft. Worth.  Barbara McInnis of Hewitt, Roger Wagner of Hobbs, NM, Teresa Maruno of Santa Anna and Bobby Watts of Lebaron, MI.  He also is survived by 3 Aunts: Veoma Fleet, Luray Earl and Bonnie Scott. One uncle Billy Stanley along with numerous Nieces and Nephews. He was preceded in death by his parents and one son Donnie Murl Wagner and his stepdaughter Donna Kaye Weems.

“Butch” as he was known by all, is survived by his loving Wife of 20 years, Charolette Wagner.  Son Chad Wagner of Llano.  Daughter Renee Gonzales and Husband Justin, of Sintin.  Stepdaughter Lori Amos and husband Troy of Comanche. Stepson James Mathis of Killeen. And his daughter Barbara.

He was the proud papa of 11 great grandchildren and 2 soon to make their appearance.

He was an established Mason and proud of the work he did for so many years in and around Brown County.

He served Our Country Proudly in the United States Army.  His duty stations included Fort Polk, LA and Fort Richardson, AK. From 20 March 1964 to 10 April 1967.  He also served in the reserves @ Ft Hood Tx.

Graveside services for Butch will be held at 11 AM Saturday, October 31, 2020 at the Oakwood Cemetery in Comanche.