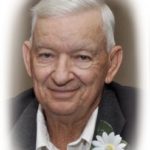 Memorial services will be held at 10 a.m. Saturday September 19, 2020 at the Bangs Church of Christ with Michael Light, minister, officiating.  Services are under the direction of Heartland Funeral Home of Early.

Wade was born March 16, 1941 in San Angelo, Texas to the late Doris Loraine Parker Clark.  He was a graduate of Midland High School.  After graduating from high school, he attended Texas Tech University in Lubbock towards a degree in Agriculture prior to entering the United States Air Force.  Wade served the USAF as a Jet Engine Mechanic at Dyess Air Force base in Abilene.  Wade met the love of his life, Linda Marlene Havner, while stationed in Abilene and married her on April 12, 1965.  After his military service Wade received a Technician Certification for Heating & Air Conditioning at Tarrant County Junior College in Fort Worth.  Wade continued in the Heating & Air Conditioning industry in various roles for the rest of his career.  In later years Wade was Co-Owner of C&C Sales a wholesale Heating & Air Conditioning Supply in Brownwood/Early.  Wade was a 48 year Certificate Member of the Refrigeration Service Engineers Society (RSES) serving various roles in local and regional activities.  Wade was a member of the Bangs Church of Christ.

Wade was preceded in death by his parents Dick and Doris (Honey) Clark and his beloved wife Linda Clark.

In lieu of flowers, the family suggests memorials may be made to Refrigeration Service Engineers Society, 1911 Rohlwing Road, Suite A, Rolling Meadows, IL 60008.

Online condolences can be made to the family at www.heartlandfuneralhome.net