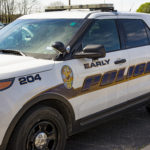 On Tuesday at approximately 10:30 p.m. officers received a call of a reckless driver coming into Early from East U.S. Highway 377. Officers observed the vehicle, a 2020 Lexus passenger car in the 1000 block of Early Blvd, traveling 90 mph. The vehicle veered off the road in front of the fire department striking a culvert then going airborne. The vehicle then flipped end over end and struck a Frontier utility pole. The driver was extricated from the vehicle by the fire department. Air Evac was called to the scene and the driver was flown to John Peter Smith Hospital in Fort Worth. It was later learned the driver, Norman Clarence Gibson, 75 years old from Colleyville, may have been suffering from some dementia and possibly gotten lost. Gibson was supposed to be traveling from Colleyville to Meridian to stay with some family but never arrived. The family has no reasoning as to why Gibson was in Brown County. Gibson was listed in stable condition in JPS Hospital. 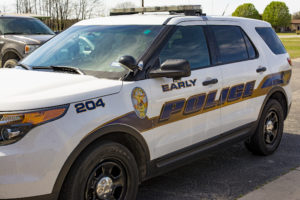