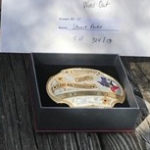 Brownwood native Richard Porter, along with sons Brad Porter and Stuart Porter, each won their respective divisions at the Texas ASA Federation State Championship in Abilene on Aug. 8-9.

“It’s a whole lot of fun to get to meet up with them at different places around the state and shoot in different tournaments,” Richard Porter said. “For it to all work out where we got to meet at the state tournament and have everything line up and we all win at the same time, that’s pretty special.”

Richard Porter, one of the founders of the Brownwood Bow Hunters club back in 1993, finished first in the 5-member super seniors division with 294 points, topping runner-up Kenny Edwards by 11 points.

Stuart Porter owned the top score in the Known 40 division with 324 points, 10 more than second-place finisher Nieves Gonzales. A total of 20 people competed in the division.

In the 10-member Hunter division, Brad Porter possessed the best score of 316, edging out runner-up J.P Gonzales who tallied 312 points.

“It’s a 30-target course and you’re shooting in a foursome,” Richard Porter said of the state competition. “You’ve got two score keepers in each foursome to double check all the scores. You mark a scorecard as you go. All four shoot a target, then you mark your scorecard, pull the arrows and go to the next target. We’re keeping a running total on a scorecard all the way through the course. Then when you finish you turn in the scorecard and then the tournament director plugs all that into a computer program.”

A total of 268 shooters competed at the state tournament. The Texas ASA Federation season runs January through July, with tournaments across the state including the Brownwood Bow Hunters qualifier, which was held June 13 this year.

To qualify for state, shooters must compete in at least one of the 24 tournaments that took place this year and place in the Top 10.

The Hunter Division, according to Richard Porter, “is made of up shooters using fixed pin sites and stabilizers. It’s basically using a bow the way it’s normally rigged up for actual hunting.”

The Known 40 Division, Richard Porter said, “is where any kind of equipment, which means adjustable sites, magnification or scope lens on your site, a long two and a half foot stabilizer bar is allowed. It’s pretty much an open class for any kind of bow equipment, but it’s a known distance class where you’re using a range finder.”