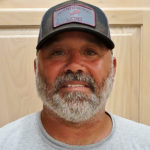 With the start of two-a-days less than a week away for the Brownwood Lions, changes continue in regard to football.

Brownwood third-year head coach Sammy Burnett confirmed Wednesday morning that the Lions’ schedule has reverted back to its original form with China Spring replacing Springtown in Week 3. Attorney General Ken Paxton issued guidance Tuesday that local health authorities do not have the ability to issue sweeping school closures for preventative measures. The Waco-McLennan County Public Health District issued an order on July 21 barring in-person classes from being held until after Sept. 7 as a means of preventing the spread of COVID-19.

“I was on the phone a long time last night with the Springtown coach and the coach in China Spring,” Burnett said. “The attorney general came in and said it was unconstitutional for a county to restrict schools, so McLennan County has revoked their restriction for their schools to participate, so they picked their schedules back up. It worked out pretty well for us, Springtown was supposed to play Waco Connally Week 3 and we were supposed to play China Spring. Being they are both in McLennan County we were able to switch back late last night. So, Week 3 we’ll go back to playing China Spring just like it was before. “

“I’ve been working diligently with Lisa Jaso, Dr. Young, Mrs. Land and Mr. Moore about what’s fair and how we need to do our ticket sales,” Burnett said. “We don’t have that 100 percent totally confirmed, but the rough outline on what to expect is Gordon Wood Stadium capacity for visitors and home is going to be 1,800 tickets. We’ll seat 1,800 and allow them to sell 1,800 for the visitors.

“On Monday we’re going to sell tickets to our participants’ families and our district pass holders, which are administration, board members, etc. On Tuesday we’ll open it up for previous season ticket holders and employees, and Wednesday will be all fans. Whatever tickets weren’t sold by the visiting team or remaining tickets we have we’ll sell on Thursday. Also on Thursday, students are able to get a ticket for $3. If they choose to come Wednesday to get a ticket they have to pay $7 for that. Monday through Wednesday all ticket sales are $7.

“I think we’ll have extra tickets from the visiting teams, but any tickets they haven’t sold as of Wednesday we’ll be able to open up those additional tickets as of Thursday (for unlimited sales). You could be sitting on the visitors’ side and some people don’t want to do that, but if you want to be able to come to the game this is what we can offer.”

Work is also in progress regarding a plan for people to purchase tickets after school hours, as well as when gates will open at the stadium on game nights.

“There will be a chance for people who can’t get up there during the school day,” Burnett said. “We’ll adjust our schedule to give them an opportunity to get up there after hours and purchase tickets. Some people don’t get off until 5 p.m. and they’d like the opportunity to come get a ticket as well.”

Burnett also confirmed that bands, cheerleaders and drill team members for both the home and away schools will be on the track at the stadium in order to increase capacity in the stands.

All home ticket sales this year will be general admission.

“There are no season tickets this year,” Burnett said. “Every ticket is general admission, so that means first come serve when it comes to seating. People will be limited to four tickets, but they have an opportunity if they get tickets Monday and Tuesday to go back Wednesday and Thursday and get remaining tickets as well.”

Ticket sales information for road games will be revealed at a later date, and will depend on the seating plan put in place by the host school.

Home ticket sales will be on a weekly basis. The first day tickets for the home opener on Sept. 4 against Midland Greenwood go on sale is Monday, Aug. 31.

Meanwhile, football practice for the Lions begins at 4:30 p.m. Monday.

Burnett welcomes fans to come out and watch practices, which will begin at 4:30 p.m. most days, but encourages those who attend to wear masks and social distance to avoid putting the football season in any type of jeopardy.

“I think it’d be neat to see some people out there in their lawn chairs social distancing just to get out and enjoy something and watch our kids grind to try and accomplish some of the goals they’ve set for themselves,” Burnett said. “Remember to wear those masks. That’s the thing that’s going to flatten out this pandemic and give us an opportunity to get where we want to be and ensure we can continue our schedules and we don’t get shut down at some point.”

Burnett also stated that only students who are attending classes in person will be allowed to take part in extracurricular activities.

“We’ve spent a lot of time working on remote learning versus face-to-face learning,” Burnett said. “We’ve done everything in our power to try and make it consistent and work for kids, but we’ve just come to the understanding that there’s so much going on in our extracurriculars that if you want to be a part of that you’re going to have to have the face-to-face component.”