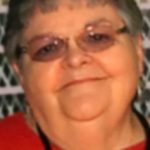 She was born Sue Carol Pritchard on August 13, 1945 in Slayton, Texas to William Adolphus and Ruby Lee Vanderford Pritchard.  Sue was raised in Slayton area graduating from Southland High School in 1963.  On May 30, 1991 she married Larry Neal Titsworth in Abilene, Texas and they celebrated 25 years of marriage.  Larry preceded her in death in 2017.  She was a member of the Christian Church and the Kiwanis Club.  Sue had a bookkeeping service in Midland and later moving to Coleman in 1991 she was employed with KSTA and Coleman County Medical Center until her retirement.

A number of nieces and Nephews

Sue was preceded in death by her parents; Sister – Jean Turner