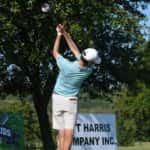 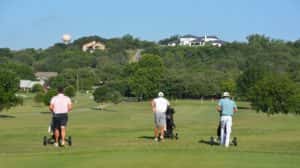 The lowest round of the day Thursday was turned in by the new 54-hole leader  Zach Bauchou (Forest, VA) shooting a 7-under 63. Bauchou has had an impressive first three rounds shooting 62-64-63 respectively.

Bauchou will have a 5 stroke lead (-21) heading into the final round over MJ Daffue (Pretoria, South Africa) who posted a tournament low 61 in round 1.

Rounding out the top three is 36-hole leader Sam Stevens (Fort Worth, TX) who sits 6 back at -15. There are also two players sitting at -14 for the tournament in Chandler Phillips (Huntsville, TX) and Gage Ihrig (Goodland, KS) who will look to make a run at the top of the leaderboard on Friday.

See the current leaderboard at this link.