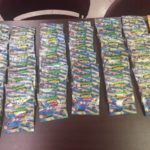 Brownwood News – According to the Brownwood Police Department, 10 people were arrested Friday morning, June 5, after a two year investigation of a drug trafficking organization.

In January of 2018, information was received regarding the distribution of methamphetamine in Brown County prompting an investigation by the Narcotics Division of the Brownwood Police Department. 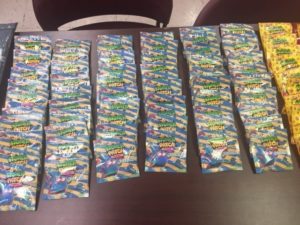 As the investigation progressed, several suspects were identified as working together as a drug trafficking organization within Brown and surrounding counties.  It was learned that this organization was consistently traveling to larger, metropolitan communities and returning to the Brown County area where they were distributing large quantities of Methamphetamine and Marijuana.

In furtherance of that investigation, on Friday, June 5, 2020, members of the Brownwood/Brown County SWAT team executed narcotic evidentiary search warrants at 2605 1st St and 2510 ½ Waco St in Brownwood along with 3800 Lewis Ranch Road in Brown County.

Those arrested are all of Brownwood and their charges are: 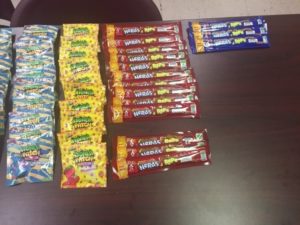 While executing these warrants, officers recovered approximately 5 pounds of suspected THC concentrate, over 1 ½ pounds of suspected marijuana and a quantity of suspected methamphetamine.  Additionally, items suspected of being proceeds of the sale of illegal narcotics were seized.  These items included over $2000 in US currency and seven vehicles.

According to a statement from the Brownwood Police Department:  this investigation was extensive and thorough and could not have been accomplished without the assistance of our fellow criminal justice agencies.  Brown County law enforcement will always partner with one another to combat this disease and will aggressively pursue criminals who prey on the citizens of Brown County.

Brown County residents are reminded and encouraged to report suspicious activity related to the sale and distribution of illegal narcotics.  Residents who wish to remain anonymous can call the Heart of Texas Crime Stoppers at 800-222- TIPS (8477).  Crime Stoppers pays rewards to citizens and tipsters for confidential criminal information regarding crimes in Brown and surrounding counties.