Not long ago, I talked to a good friend who is a business owner in Downtown Brownwood. He explained to me the onerous nature of the sign ordinances downtown and how hard it was for him (or just about anyone else) to properly represent their business with signage. I agreed with him. 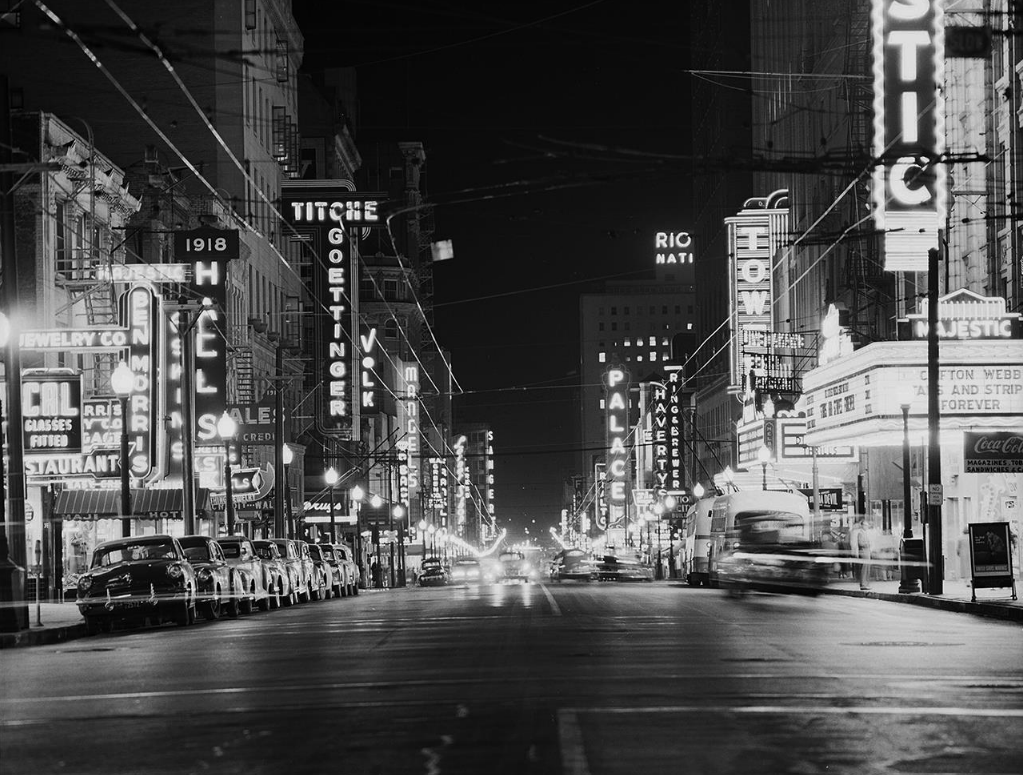 The post with this picture was made by Traces of Texas, one of the most fantastic Texas history pages on social media. The caption was this: “Elm Street in downtown Dallas, 1952. I love how vibrant the scene was back then.”

Literally everyone loves how vibrant this scene is. Everyone except… people who work for cities and insist, instead, that cities look like barren and sterile abandoned malls. And that is not far from the truth. Wait until you hear why these rules exist.

My friend that I mentioned, the one who owns the business in downtown, probably didn’t know (maybe he did?) that I am a history buff who has spent many years studying the history of cities, and particularly of urban development and downtown revitalization. I’ve given much of that history here in this space. I hope you’ve read some of those columns because if you have, you’d know that urban and downtown revitalization is really just a human response to the despair and emptiness of our modern social, economic, and cultural system. It is a revolution against bad, socialist ideas from the last century. Revitalization is a call from the heart of man back to community and historical values.

Many years ago, I started reading the works of Lewis Mumford, who was one of the early superstars of urban planning, the highway system, and a founder of the idea of “suburbs” and greenbelts (artificial planned communities.) Mumford later regretted much of what he’d participated in because he saw the results of it. He saw the despair that his system was inevitably going to bring.

The idea, though, was to get people (think… white, middle-class people) out of those dark, dangerous cities and into planned, utopian villages. You can see a film about this on Youtube. Just do a search for this: “The City (1939 Documentary)”. This was just another of those massive statist plans from the 1930s about how to better manage (control) people. Mumford had some great ideas, and he was a great philosopher, and he was wise enough to realize that much of what he’d envisioned was going to fail since it went contrary the concepts of freedom and human nature.

I won’t make this too long, but hopefully I can kick you off onto your own research.

Greenbelts were artificial communities, centrally planned (like in a socialist or fascist system,) to make people happy in an artificial system. It wasn’t a farm (where humans feel quite at home,) and it wasn’t a city (where humans aggregate or gather in order to feel community, or to protect themselves corporately, or to do business.) The greenbelt was to be a habitrail for humans. A terrarium of sorts. A human control system.

And here’s how it was to work. People would live outside of cities in these little planned villages. Cars would only be used to get people into and out of the cities (or through them) rapidly. Highways would be built to zoom people past small town America. These small towns would be left to die. Overpasses, cloverleafs, etc. were to be built to get out of towners into the shopping areas. Eventually, according to the plan, people (think “white flight”) would abandon the cities and move their shops and stores into the suburbs. First, they would put their businesses into strip malls. Most of the mom-and-pop shops would die there. Those that were able to survive would then move into large walking malls (more artificial habitats.) Eventually all of those steps would fail, most of those businesses would fold, and the huge corporations would take over, move the shopping online or into big box stores. The idea was to just leave those inner-city people or the downtowners to die in their poverty, I suppose. I’ve written about this at length, but I doubt the people who are maintaining many of the remnants of this “kill the businesses downtown” system (that includes sign ordinances) know that they are perpetuating what they themselves (if they knew what they were actually doing) would consider a racist policy.

So how do sign ordinances come into this? When the city centers were killed by overt white flight policies, those downtown areas became run down. If you’re old enough you remember what these downtowns were like in the 60’s, 70’s and beyond. Some became very dangerous. The old signs, un-renovated, became eye sores and reminders of the better days of the past. City managers and city councils wanted more control and often that meant stopping entrepreneurs and dreamers from ever making a go of it downtown. Rules, rules, and more rules. They didn’t want businesses downtown – they wanted to funnel money into the new strip malls, the big walking malls, or the big box areas. The old signs were torn down and ordinances were put in place that would, by practice, keep these dreamers from ever succeeding, because signage is the number one way you let people know you are there and that you want to serve them. People drive right through downtown and often don’t even know what businesses are there. I’ve sat in a man’s business and hundreds and hundreds of cars drive by, but he’s not allowed to put a substantial sign perpendicular to the road to announce his presence. I’ve watched cars slow down (dangerously) to try to peer into the businesses or to read signage that is somewhat idiotically parallel to the roadway. I’ve talked with dozens of downtown businesses about signage, and they all feel the same way. They are restricted from investing in what would improve downtown for everyone, because these old, archaic rules are in place to stop them from marketing and trumpeting that their business exists there.

I’m not against all sign rules or ordinances. I’m against stupid and senseless rules and limitations that stop downtown businesses from creating an environment, like in the picture above, that will make everyone who sees it say “that is a cool and vibrant scene!”

We can do better, and we should.