Was there a time when you could see the fish swim at your feet through the sparkling clear water of Pecan Bayou? I don’t know. I found this description of early Brown County, in the book The Promised Land, A History of Brown County by James C. White. The story is related by ‘Uncle’ Charlie Harriss who was born in Brown County in 1859. He and his family settled in ‘The Flat’, which is now Bangs, and where, incidentally, Harriss raised the first crops of cotton in Brown County. In Harriss’ description of the surrounding country, all of which I’ll include since it is so interesting, he described the Bayou water as absolutely clear.

“My parents didn’t figure on getting rich quick–they were interested in Texas in much the same manner as the other families who moved here at an early date. It was the pioneer impetus that drove them and countless other Americans to take up land in unsettled places and that caused them to move here. They were, like others, attracted by the grandeur of the primitive. My father, my mother and my uncle came to Texas, settling for a short time in Bell County. But the family was still unsatisfied; they were living in too civilized a country. Hearing much of Brown County, the two men decided to take a trip there and get the lay of the territory. Everything turned out to their satisfaction, Brown County offered much.”

“It was a magnificent cattle country, whose pastures were filled with tall grass. It was abounding in wild game. The hills were filled with deer; quail were everywhere, so tame that a man could almost reach down and pick them up with his bare hands. Along the Bayou, which was then such a clear stream one could look into its depths and see the bass and the catfish as they swam about, there were numberless pecan trees, and these trees were filled at twilight with hundreds of wild turkeys.”

I haven’t come across any other descriptions of the water as flowing clear, but that doesn’t mean there aren’t some out there somewhere. One longtime resident of this area, and a direct descendant of some of its earliest settlers, told me that it’s possible. She said that in the early days, all of the land out here was covered in prairie grass. There were not nearly as many trees. The prairie grass was thick, like a mat, and it held the water in, keeping runoff from happening. There were not many gullies or ditches, as the grass matting was so deep and strong that it effectively captured most rainwater and served as well to keep springs and streams that are now dry or only seasonal flowing year round. My husband says it could be the dam, making some parts of the stream deeper, thus darker. I think it could be cattle in part as well. Probably it’s a combination of these things.

We do know that Pecan Bayou has, from the earliest reports, always been a bit of a mecca for local fishermen. TSHA online says, “Pecan Bayou supported several kinds of plant and animal life that attracted human settlement. Indians, especially the Tonkawas and Comanches, gathered the nuts for which the stream was named as well as red cactus fruit, wild plums, and acorns. The creeks were also known for their abundant fish and mussels. Pecan Bayou was a fabled fishing stream during the frontier era and received favorable comment from travelers and soldiers for its beauty, varied flora and fauna, sweetness of drinking water, presumed richness of soil, and abundant pecan and oak timber.”

Sweetness of drinking water? Hmm. I would think that it had to be somewhat clear back in the day to get that reputation. Honestly, no one who is not dying of thirst is going to try taking a big slurp of the brown soup we have now, just to test and see if it tastes good, right? It is still a beautiful thing, Pecan Bayou, no matter its current condition. Maybe the fish like the mud, some people say they do. I’d still like to see it though, what it would look like if it did run clear.

Diane Adams is a local journalist whose columns and articles appear periodically on BrownwoodNews.com 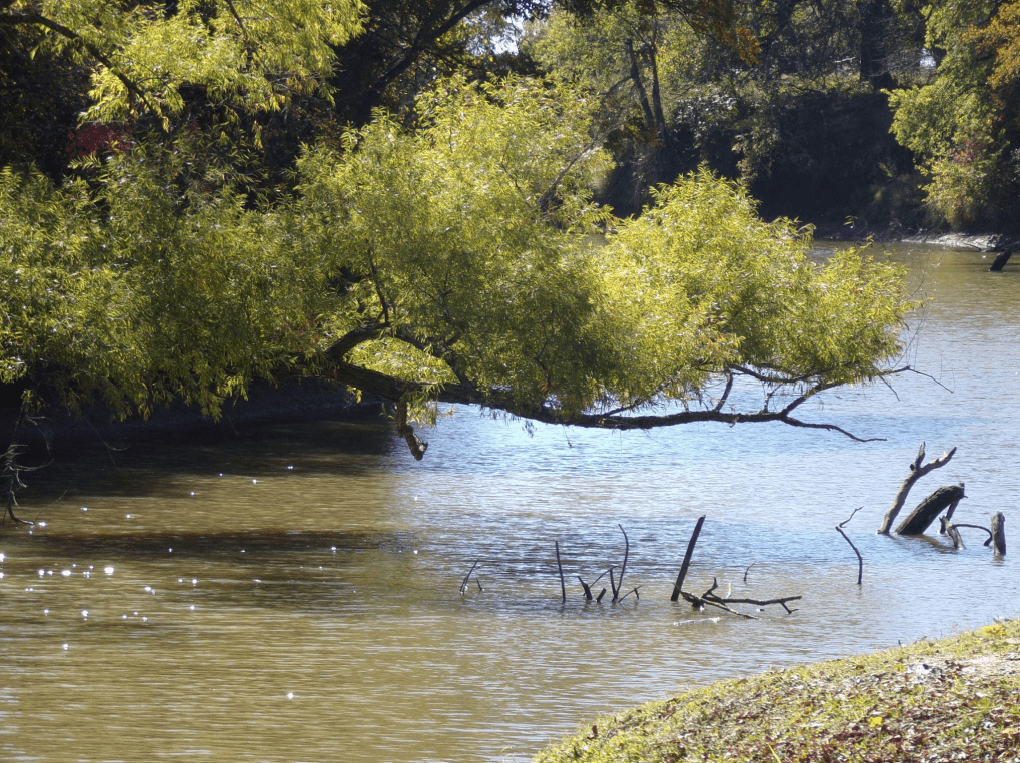