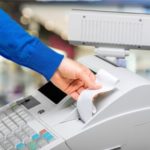 The last few years Early has received an extra-large sales tax allocation in August, which resulted from an audit of industrial sales taxes from previous years.  That extra allocation has ended now, which produces an apparent large decrease in sales taxes this month, but does not represent normal retail sales.