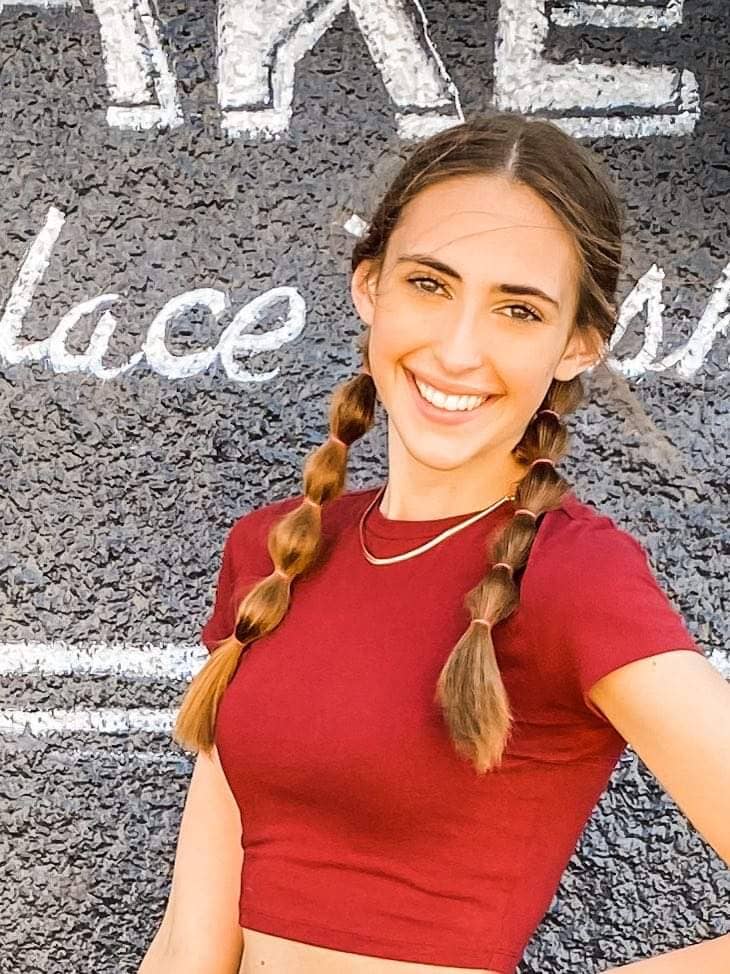 The month of November is known as a time when we gather around the table with our friends and family to celebrate what we are thankful for. But for more than 3.4 million Americans the month of November means so much more. November is Epilepsy Awareness Month. According to the National Epilepsy foundation 1 in 10 people will have a seizure and 1 in 26 will develop epilepsy during their lifetime.

For most teenagers their list of worries usually involves what they’re going to wear to winter formal, acne, sports, and narrowing down what college they will apply to. But for teenagers like Santa Anna junior Ellie, her list looks a little different. I had the opportunity to get to know Ellie and her mom Brandi as they both courageously shared with me what Ellie’s life has looked like since she was diagnosed with Epilepsy at the tender age of 8.

Ellie was in class her 3rd grade year when she had her first seizure. Tests performed after that seizure led to an epilepsy diagnosis. The epilepsy diagnosis was hard enough for the family but the news only got worse as they would later be told by doctors that Ellie’s seizures were considered irretractable. Ellie explained to me that this means medicine does not work to control her seizures.

Not even a year after her diagnosis Ellie went in for her first major brain surgery. This was a terrifying time for the entire Mclver family. They weren’t even sure this surgery was going to help but with medicine out of the question, this was their only option to try to stop the seizures.

After surgery Ellie’s family walked around cautiously but eventually a week passed, then a month, and before they knew it Ellie had been seizure free for 4 years.

Time went on and as most families do Ellie’s family gathered around the table for Thanksgiving in 2018 when family members noticed Ellie was “zoned out.” For any other teen this is a pretty normal occurrence but for Ellie this indicated a seizure. After 4 years Ellie was experiencing a focal seizure which meant she was no longer seizure free. Her seizures progressively got worse after this occurance. In September of 2019 Ellie’s family had a hard time pulling her out of a seizure and they had to call an ambulance. Once again Ellie had no choice but to undergo another brain surgery. This time the surgery was unsuccessful, she was still having seizures.

Ellie is 16 now and she knows she is facing more complex brain surgeries in hopes that one day she will be completely seizure free. Ellie is not fearful for what is ahead; she is ready to head into battle to do what she needs to do so she can have more freedom. With that, I asked her if there are things are she’s had to overcome because of epilepsy that other teens her age haven’t had to deal with. She said, “The hardest thing is that I can’t get my drivers license!” She also went on to say, “I miss a lot of school because after a seizure it can take a few hours or even days to recover so I feel like I’m always playing catch up.” I was amazed to learn that even though she is forced to play catch up Ellie’s resilience and urge to be great outweighs the task of that catch up. She told me she is the president of their FFA chapter, she plays clarinet in the high school band, and she takes dual credit classes. She did have to give up playing high school sports because the stress was more than her brain would physically allow her to handle.

Although Ellie has had to give some things up and she has a lot to manage and figure out, she still expressed little concern for herself and more concern for her friends. She shared with me that her friends have never seen her have a seizure and she hopes they never do. She said, “but they do see a lot of side effects from my medication. My medications can be hard to regulate so sometimes I seem “high”, and I have tons of “brain fog.” She said her teachers and friends are great at knowing when she isn’t doing okay, and they do all they can to help support her.

Ellie’s mom Brandi confirmed this by saying, “Ellie has a huge support group and so many people praying for her every day. She gets notes from people in our church, other churches, and several cards a month from a sweet group of ladies that don’t even live in our town.” Brandi went on to say that Ellie calls these things her ‘fan mail” and the encouragement makes a huge difference on this journey.

I asked Brandi what it has been like to watch her daughter battle epilepsy for more than half of her life and I was so inspired by her when she said, ‘Ellie has handled every obstacle in her path with grace and although it has been heart wrenching to watch her go through all that she has, Ellie has never lost faith, so how could I?”

Ellie continued to share her faith and confidence in God when she said “When things get tough, I cling to the verse 2 Timothy 1:7, which reads, “God hasn’t given us the spirit of fear but of power, love, and a sound mind.”

It is without a doubt that even at such a young age with such a tough diagnosis Ellie has power, love, and a sound mind about her. People who don’t know Ellie would never know that she currently takes 3 medications that must be administered on a strict schedule, they don’t know how often her family must make the drive to Fort Worth to be seen and monitored by her neurosurgeon, and they don’t know that sometimes she suffers in pain and in a fog. Her radiant smile would surely tell you otherwise.

Despite the trials and tribulations that have come with her diagnosis, Ellie and her mom want people to know to never give up hope. You can live an abundant life with your diagnosis. Ellie and her mom urge you to find a support group and I shared a laugh with Brandi as a worried mom when she said, “stay off of Google!”

After Ellie graduates she doesn’t plan to slow down, instead she plans to pursue a degree in Marketing and make sure her voice and ideas are heard. Ellie’s family would like for people to know that awareness and preparedness is so important considering Epilepsy doesn’t have a schedule. Seizures almost always happen out of the blue. Encourage your friends and family to get certified in Seizure First Aid by taking the Epilepsy Foundation’s Seizure First Aid Training.