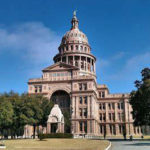 AUSTIN – Last week Governor Greg Abbott appointed John Scott as the Texas Secretary of State.  The Secretary serves as Chief Election Officer for Texas, assisting county election officials and ensuring the uniform application and interpretation of election laws throughout Texas. The Office of the Secretary of State also provides a repository for official business and commercial records required to be filed with the Office. The Secretary publishes government rules and regulations and commissions notaries public. The Secretary also serves as keeper of the state seal and attestor to the Governor’s signature on official documents.

In addition, the Secretary serves as senior advisor and liaison to the Governor for Texas Border and Mexican Affairs and serves as Chief International Protocol Officer for Texas.

“John Scott is a proven leader with a passion for public service, and his decades of experience in election law and litigation make him the ideal choice for the Texas Secretary of State,” said Governor Abbott. “John understands the importance of protecting the integrity of our elections and building the Texas brand on an international stage. I am confident that John’s experience and expertise will enhance his oversight and leadership over the biggest and most thorough election audit in the country. I am proud to appoint John as the Texas Secretary of State and look forward to working alongside him to ensure Texas remains the best state in the nation.”

JOHN SCOTT of Fort Worth is an attorney with over 33 years of experience. He has successfully tried over 100 lawsuits and has experience handling cases at the United States Supreme Court, Supreme Court of Texas, United States Court of Appeals for the Second, Fifth, Seventh, and Tenth Circuits, almost all Texas Courts of Appeals, United States District Court for the Northern, Southern, Eastern, and Western District Courts of Texas, Texas state courts, and the State Office of Administrative Hearings. The courtroom victories include securing, at the time, the largest judgment in an asbestos trial in U.S. history, as well as the successful defense of an HMO, which the National Law Journal declared the U.S. Healthcare Victory of the Year.

Scott previously served as Deputy Attorney General for Civil Litigation for then-Attorney General Greg Abbott. Scott oversaw all civil litigation, including over 22,000 lawsuits involving Texas. Subsequently, Scott was appointed the first Chief Operating Officer of the Health and Human Services Commission. He oversaw the successful overhaul of the agency, its 56,000 employees, and its over $50 billion biannual budget. After returning to private practice, Governor Abbott appointed Scott as the Chair of the Board for the Department of Information Resources (DIR). At DIR, Scott developed the strategic plan for technology and security at Texas executive branch agencies and boards. Scott lives in Fort Worth and has offices in Austin. He has been married to his wife, Talley, for 34 years and has three sons and a grandson.

Previous Story
Dubon Family Foundation donation to go to county volunteer fire departments
Next Story
An FDA panel may decide today whether to recommend approval of the Pfizer vaccine for kids ages 5-11. Here’s what that means for Texans.