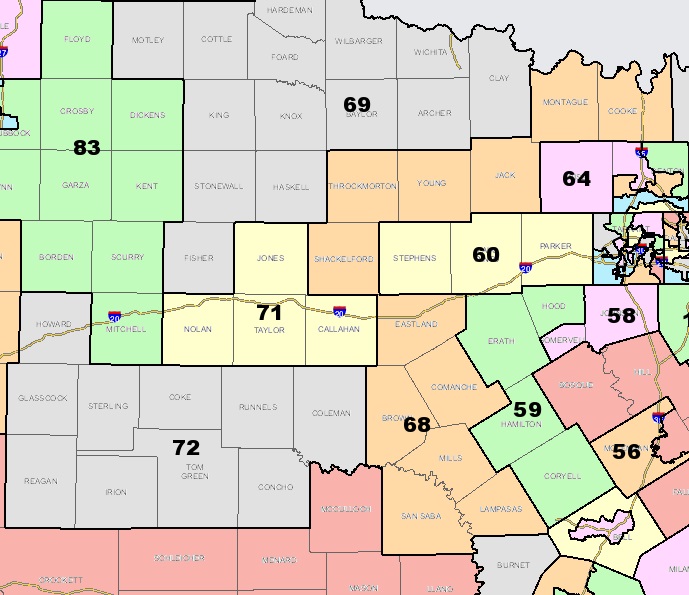 David Spiller is the State Representative for House District 68 (HD 68). If his district were a state, it would be the 42nd largest in the union. The district stretches 300 miles east and west between Cooke and Garza Counties, and 200 miles north and south between Wheeler and Fisher Counties.

David is a Christian and a rural conservative Republican. David works to advance and defend the conservative principles, values and beliefs of the people of HD 68, and to provide experienced, knowledgeable and accessible representation that the citizens of HD 68 deserve.

David was born and raised in Jacksboro. After graduating from Jacksboro High School in 1979, he attended The University of Texas at Austin, where he received his B.B.A. degree in 1983. David then attended St. Mary’s University School of Law, where he received his Juris Doctor degree in 1986. He immediately returned to Jacksboro to live, work and raise a family. David has practiced law for 35 years with the law firm of Spiller & Spiller, now practicing with his two sons, Mason and Reid, and previously practicing with his father, James, and his brother, Scott. David also owns Spiller Title, believed to be the oldest family-owned title insurance company in the State of Texas, started by his great grandfather in 1888. As part of his general law practice, David has served as City Attorney for the City of Jacksboro for 34 years, and as General Counsel to the Jack County Hospital District for 31 years. He is also a Credentialed Advanced mediator, having mediated well over a thousand cases. An AV rated attorney by Martindale-Hubbell and a Fellow of the Texas Bar Foundation, he has been named a Top-Rated Lawyer in Texas and is a Founding Member of the Pro Bono College of the State Bar of Texas.

David also served as a Trustee of the Jacksboro Independent School District for 26 years.

In the House, David currently serves on the County Affairs Committee and the Land & Resource Management Committee. He was also honored to be appointed to the Texas House Republican Caucus Policy Committee.