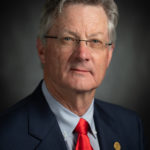 Texas’ relationship with property taxes is as old as the state itself. For over a century following our independence from Mexico, state property taxes supported over half of the total state revenue. During this time, the system placed a heavy burden on local officials to collect and assess taxes without any guidance from the Texas Government. Texans were being taxed at high rates with little transparency. Then, in 1979, as the state property tax rate began to spiral out of control, State Representative Wayne Peveto authored a bill that reformed the local property tax system to shift away from an unreliable state property tax method.

The “Peveto Bill” did much to create the current system of taxation we have today. Local property taxes levied by various local institutions, such as school districts, counties, cities, and special purpose districts, are to be run through dedicated county appraisal districts. Counties established appraisal review boards to protect citizens’ rights to contest their appraisals and hold elected officials accountable for taxation rates. These reforms helped standardize the property tax system in Texas. Three years later, after decades of delinquency and runaway spending, the State Legislature abolished state property taxation.

In 2021, the property taxing system is once again desperately in need of repair. Despite having one of the country’s lowest effective tax rates, Texas now has the sixth highest property tax rate in the country. In rural areas, like House District 60, the effects of this tax burden have drastic impacts on our residents.

First, rural areas tend to have lower median or fixed incomes. Second, rural Texans tend to be older and closer to retirement, further limiting their ability to “pay to stay.” Third, rural Texas has a weaker renting base. In Dallas or Houston, the numerous apartment complexes and multi-family living centers allow the individual tax load to be shared among many residents. In rural communities, single-family homeownership is the primary form of available housing ─ levying the entire burden on the permanent homeowner.

Even though rural Texas has less ability to pay higher taxes, it is in great need of vital public services like education, healthcare, and utilities, all of which further increase the local tax rate. This burden damages the growth of our small-town communities. It hurts young couples trying to settle down for the first time, families looking to escape failing urban school systems, and retirees on a fixed income who can no longer afford the house they have owned for decades.

It is important to note that the state does not have a property tax rate nor does the state collect property taxes. Local taxing entities set the rates and collect the taxes. Fortunately, the Legislature has taken steps to try and reduce the property tax burden on our residents by capping tax rates, ending unfunded mandates, and providing homeowners more transparency and the ability to veto large tax increases. In 2019, the Legislature passed Senate Bill 2, the Texas Property Tax Reform and Transparency Act, which provided much-needed reforms and relief to the property tax system. This session, I joint authored and supported House Bill 3833 by Representative Phil King (R-Weatherford), which will save property owners $472 million over the next five years. My office also filed several pieces of legislation that would have reduced property taxes for homeowners and landowners alike. Moreover, I supported House Bill 2723 by Representative Morgan Meyer (R-Dallas), which improves transparency provisions from 2019 by launching a statewide website at texas.gov/propertytaxes, where property owners can find their local truth-in-taxation website.

During the special session, Governor Greg Abbott placed property tax relief on the Legislature’s agenda to be addressed. Senate Bill 8 removes the delay in homestead exemptions for new homeowners in their first year of ownership. At the same time, Senate Bill 12 and Senate Joint Resolution 2 provide at least $197 million in relief for elderly and disabled homeowners. The Legislature will also appropriate funds to the State Property Tax Relief Fund to rebate homeowners for their heavy tax burdens.

This special session, I also co-authored House Bill 122 by Representative Tom Oliverson (R- Cypress). This bill would authorize the State of Texas to use 90% of its $7.92 billion dollar budget surplus to be put in the Property Tax Relief Fund to pay down school district taxes to negligible amounts for the majority of Texas homeowners. House Bill 122 would be the largest property tax relief appropriation in Texas history, and would put property taxes on the path to being permanently phased out. Time will tell if this legislation will make it though before the session is over.

Due to a lack of quorum in the Texas House, millions of property tax relief to our communities have stalled. Fortunately, the Texas House is now back at work to provide this necessary legislation to Texans. We need action right now to provide this essential relief and save rural Texans from being taxed out of their homes.