Visitation will be 5:00 to 7:00 p.m., Saturday, January 16th with Graveside Services Sunday, January 17th at 3:00 p.m. Services provided by Heartland Funeral and Cremation Service, Early, Texas. By request of the family, please wear masks and observe social distancing while attending.

Crystal Louise Hughes was born on June 25, 1925, the only child of John and Olive (Cates) Skipper in Paint Rock, TX. She moved with her parents to Goldthwaite, TX at the age of four. She graduated from Goldthwaite High School and then moved to Brownwood, TX to attend Howard Payne College. While standing in the registration line at Howard Payne College, she met her future husband, Roy D. Hughes. After one year in college, she left to begin working at The Southwestern States Telephone Company where she became a supervisor.

After WWII and Roy’s return, they were married on June 11, 1948 and were married 63 years. They raised three children together in Early, TX. Louise was a homemaker, an excellent cook, and seamstress, using only a treadle sewing machine. For a time, she raised parakeets and lovebirds, and she also enjoyed raising cattle and gardening on their land in the Salt Creek Community. She loved Colorado, and visited often with Roy, frying up any trout he caught.

She was a member of the Owens Community Home Demonstration Club and active in First Baptist Church of Early where she taught Sunday school and young women’s Bible studies for many years.

She was a cancer survivor and volunteered with the Anderson Network of M.D. Anderson Cancer Center to provide encouragement for others diagnosed with Renal Cell Carcinoma.

After her children were adults, she enjoyed working for the credit union at 3M Company.

In her later years, Louise enjoyed spending time with her grandchildren, always showing interest in their activities and attending when possible. She loved to go out to eat, shop, and continued to do so as long as she was able.

She died on Tuesday, January 12, 2021, at Silver Spring Rehabilitation and Nursing Center in Abilene, Texas after a long journey battling Dementia, which robbed her of her fierce independence, and the ability to care for herself.

She was preceded in death by her son, Dellwyn, her loving husband, Roy, and four first cousins. She is survived by two daughters, Crystal Hughes Sutton, her Caregiver, and husband, Jim, of Abilene, TX; Brenda Hughes Howard and husband, Kevin, of Brownwood, TX; and a daughter-in-law, Cathy Hughes, of Pearland, TX. She is survived by four grandchildren: Stephanie Hughes of Corpus Christi, TX; Johnse Howard and his wife, Helen, of San Francisco, CA; Jase Sutton and his wife, Emma, of Marble Falls, TX; and Sarah Howard of Brownwood, TX. She is also survived by one first cousin, Vivian Rogge Proffitt, of Odessa, TX, two nephews, Robert Hughes and wife Linda, of Onalaska, TX, and David Hughes and wife Sandra, of Zavala, TX, and one great granddaughter, Maggie Sutton, due in February.

The family wishes to thank her faithful friends from First Baptist Church of Early, her caregivers and friends from The Oaks at Radford Hills, and those at Silver Spring Rehabilitation and Nursing Center in Abilene, TX. 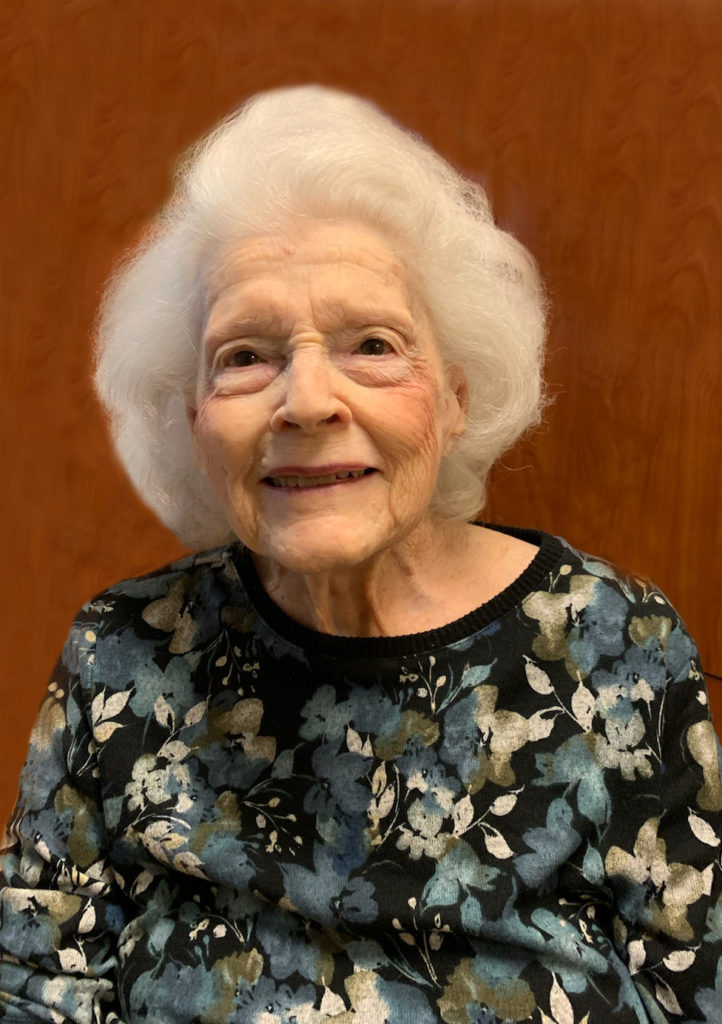