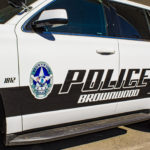 Brownwood Police Department provided an update Tuesday morning, January 12, on a death investigation which began Monday.  The statement is below.

“On Monday, January 11, 2021, the Brownwood Police Department released information of a call of a deceased person at 200 W Chandler; in Brownwood.  The deceased person has been identified as 58-year-old Patrick Michael O’Conner of Brownwood.”

“It appears that Mr. O’Conner was attempting to retrieve items from the Good Samaritan donation bin when he became trapped in the bin door.  Items were gathered at the scene and information is still being processed.  This remains an active investigation and detectives are investigating all possibilities but all information to this point indicates a tragic accident.   Our sincere sympathy is extended to the family of Mr O’Conner.”