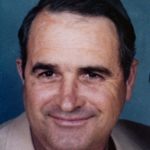 Funeral services for Samuel Clifford Bush, age 90, of Brownwood, will be held at 2:00 PM, Wednesday, October 28, 2020 in the Heartland Funeral Home Chapel.  Burial will follow in the Holt Cemetery.  The family will receive friends at the funeral home on Tuesday evening from 6:00 until 8:00.

Sam married Annie Mae King on July 20, 1950 in San Saba.  She preceded him in death in 2014, after 64 years of marriage.  Together they travelled the world proclaiming Christ.

He was preceded in death by his parents, his wife, a son, David Bush; four brothers and a sister.

Condolences, memories and tributes can be offered to the family online at heartlandfuneralhome.net