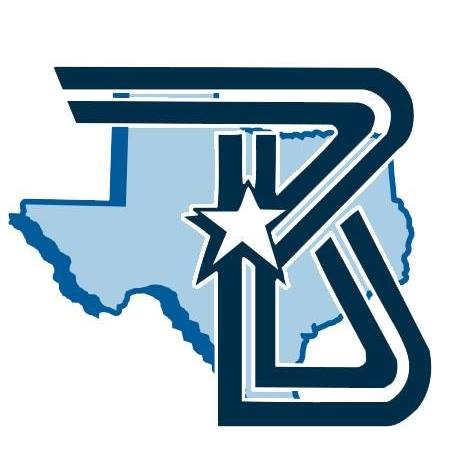 Citizens who live near the Coggin Park area will be encouraged to offer their suggestions and perspective on the increase in speeding incidents on Roselawn Avenue, Parkway Avenue, and First, following discussion by Brownwood City Council members in Tuesday morning’s meeting.

Brownwood Police Chief Ed Kading offered a number of ideas in an effort to reduce speeding near the park including increasing the number of officers patrolling the area, the placement of multiple radar speed limit signs, the addition of speed bumps, and public service announcements online and over the radio. Other ideas mentioned by council members included stop signs with LED lights, as well as speed limit signs with both LED lights and radar included.

Kading recommended to the city council the use of radar speed limit signs, stating a 12-inch sign for a zone with a speed limit under 45 miles per hour costs $3,350, which includes all the material and equipment needed.

“Studies show when drivers actually see their speed 80 percent of the people did slow down,” Kading said. “Not that we would use this as a replacement for patrol, but this is something that prompts the driver immediately to know what their speed is. It’s an immediate prompt that has proven be very effective.”

Councilman Walker Wiley strongly advocated for speed bumps, while Mayor Stephen Haynes, who formerly lived in the neighborhood, felt that should be a last resort.

“When you’re stopped for speeding and you’re given a warning, that doesn’t impact the pocket book, so it’s really not something that gives you a consequence,” Wiley said. “The signs are going to do the same thing. The signs will show them what they’re doing and they’ll either look at it or they won’t. The speed bumps don’t hit your pocket book, but they hit your car. There’s no option to fly through there without feeling it.

Haynes stated, “We need to get some input from people in the community that are around the park because I’m just telling you if I lived around that park, the last thing I would want is speed bumps because I don’t want my car beaten up. I don’t want to go over it every single day, four and five and six times a day.”

“Speed bumps are usually a little more controversial,” Kading said earlier during his presentation. “They can be high maintenance and they can detract from the aesthetics of the area. Cars can also get damaged, but that is one way to control the actual speed in the area.”

“I don’t see a visual distraction, I guess it would depend on what type of speed bumps you put in, but I also know that park has been a problem for a long time,” Wiley added. “I’m not shooting down the sign idea and not saying they wouldn’t have a benefit, I’m just looking long term and five years from now are we going to want to put speed bumps in and say maybe we should have put speed bumps in five years ago.”

There was no action scheduled to be taken on the matter, and all involved agreed more citizen input from those living around the park should be sought.

The council also approved by unanimous vote an ordinance against alcohol and overnight stays at Lednicky Park. The ordinance currently exists for all other parks within Brownwood city limits.

The issue was raised due to the number of homeless individuals in Brownwood. Brown County Home Solutions Executive Linda Heitman in addressing the council said there were “about 25 to 35 people actively living on the street, but I know we have probably well over 100 that are just bouncing from place to place to place looking for a place to stay for a day or two. It’s a bigger issue than just those sleeping in the park, those are the ones that are visible, but there’s a lot staying in their cars. It’s a tough situation.”

Heitman later suggested allowing Brown County Home Solutions to modify its times of operation for its shelter and at that point it was determined the shelter’s status as an inclement weather-only may not be accurate.

“It was my understanding the only reason we aren’t open is because it’s inclement only,” Heitman said. “Going by what I was told in the past there was a lot opposition to having a full-time shelter because of the concern that it would attract more homeless and cause problems, which is why we did it as inclement only. But if y’all are open to allowing us to expand when we are open, I would be thrilled with that.”

Haynes responded, “We’re not mandating you to be closed. You can be open when you want to be open. As far as I know, and this is part of the shelter being privately run and not publicly funded, we have no right or no reason to control what you’re doing.”

The minutes from a previous meeting will be reviewed regarding the matter, and if it turns out Brown County Home Solutions can determine its own hours for its shelter, Heitman intends to present that information to the Board of Directors, which could lead to changes in the forward.

Also, a new restroom is being constructed at the Central Texas Veterans Memorial and the council approved unanimously to run conduit to the facility at a cost of $2,400. The city will also assume the cost of the electric bill going forward, which runs approximately $40 per month.

* The council accepted from Western Bank 6.06 acres of property, a donation that has a monetary value of $65,000.

* Tabled on second reading the changing the zoning classification of the property located along Longhorn Drive and Mustang Drive, from R-1 single family residential district to C-1 local business district. The property owner will be contacted to discuss additional information regarding the plans.