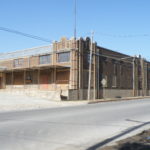 Brownwood News – The Brownwood City Council, at its meeting on Tuesday, October 13 will consider a proposal to build a new multi-million dollar event center.  The center is estimated to cost $7.9 million. 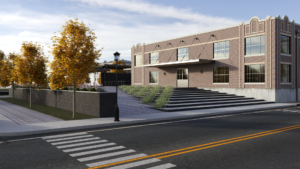 The City currently has two meeting facilities:  the Coliseum, which is often too large for many events, and out of date in terms of facilities, and the Adams Street Community Center, which is fine for small meetings, but not big enough for many other events.

City officials toured event centers in other towns and learned that large centers, like the Coliseum, are under-utilized and impose a financial drain on the city budget.  There is, however, a need for a mid-size multi-purpose facility, which the City believes could be booked frequently for conventions, business meetings, banquets, weddings, and other events. 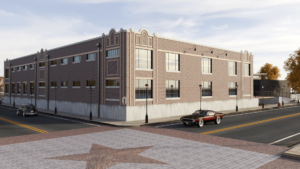 The proposal is to renovate the City-owned “Timmins Building” in the 600 block of East Baker into a new event center for the above purposes.  It is known as the Timmins Building because it formerly housed the Timmins Distributing business.  The building would be converted into a multi-purpose facility with space for banquets, conventions, and associated breakout activities.  The renovated event center would be able to house at least 500 persons in the large banquet room on the first floor, plus 150 or more in the meeting rooms. 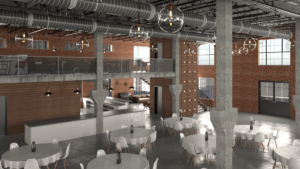 The old ice house building, adjacent to the Timmins building on Lee Street, is currently being demolished.  The foundation will be preserved, and on it will be built a stage and pavilion for outdoor concerts and other events.  The stage will face the current green space between the ice house and the fire station, currently an RV park.  The green space will be fenced and be available for a variety of outdoor events.  The new stage/pavilion/green space can be used as spill-over space for the event center in the renovated Timmins building. 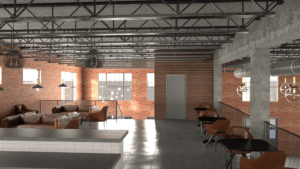 Additional parking would be built across Baker Street from the new facility.

The current Coliseum is under-utilized, because much of the year it is dedicated to Howard Payne University for volleyball and basketball games, limiting the number and types of other events that can be held there.  The City intends to lease the Coliseum to Howard Payne on a long-term basis.  Howard Payne would then take over management of the Coliseum, make some needed repairs and renovations, and then be able to lease it out to other organizations and events as they see fit.

Once complete, the City would hire a facility manager/promoter, to oversee the day-to-day activities in the center and to actively recruit conventions, meetings, banquets, etc.  The City believes the event center, if properly utilized, will not only pay for itself, but will also be a stimulus for tourism and business in Brownwood. 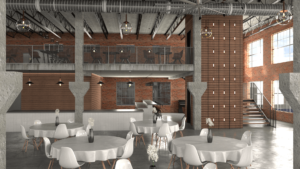 As a comparison, several years ago, when the City built the Bert V. Massey II Sports Complex, which includes new soccer, baseball, and softball fields, a Sports Coordinator was hired to promote tournaments and other sporting events in Brownwood.  Roland Soto, the Sports Coordinator for the City, estimates that in 2019 sporting events in Brownwood generated 4220 hotel room nights and over $1.8 million in economic impact.  These figures include not only soccer, baseball, and softball, but also golf tournaments and the Holiday Basketball Tournament in the Coliseum.  Soto estimates that total sports tourism in Brownwood, including games for the Brownwood ISD and Howard Payne University, in 2019 accounted for 52,000 visitors, 7500 hotel room nights, and $7 million in economic impact.

The City proposes to pay for the new event center with $4.5 million is cash reserves from the Brownwood Municipal Development District (BMDD).  There are also $350,000 in Community Development Block Grant funds that will be allocated to the project.  If any financing is required to complete the project, the City may borrow funds that the BMDD will pay the debt service on in future budget years.

To provide operating funds for the event center, the City proposes to change how the Hotel Occupancy Tax (HOT) funds are used.  Currently, the City retains $50,000 of HOT funds and gives the remainder to the Brownwood Area Chamber of Commerce.  The Chamber uses the money it its Convention and Visitors Bureau, to recruit and promote tourism in Brownwood.  In 2017 through 2019, HOT funds averaged $350,693, with $300,693 going to the Chamber.  Under the new proposal, the City would retain $200,000 per year for the event center, with the balance going to the Chamber.  Using the 2017-2019 figures as an example, the Chamber’s annual portion of the HOT funds would be reduced to $150,693.  Along with the HOT funds, some responsibility for the recruitment and promotion of tourism would shift from the Chamber to the City.

Also on the Council’s agenda tomorrow is a proposal to approve a contract with BRW Architects “for the design and inspection of the procurement and construction of a multipurpose event center.”  The City has previously hired BRW to perform a feasibility study on this project, and to develop schematic designs and cost estimates.

If approved, construction is expected to begin in Spring 2021, with an anticipated completion by Summer 2022.

The Board of the BMDD will meet tomorrow at 8:00 a.m. to consider approving the allocation of the $4.5 million of their funds for the project.  The City Council meeting will follow at 9:00 a.m.