“The Lord is my light and my salvation whom I shall I fear? The Lord is the strength of my life, of whom shall I be afraid?…

“One thing have I desired of the Lord, that will I seek after, that I may dwell in the house of the Lord all the days of my life, to behold the beauty of the Lord, and to enquire in his temple.” (Psalms 27: 1, 4)

Carolyn Ann Schulze Browder was born November 8, 1946 and passed away on October 9, 2020 after a battle with cancer. She lived and died in her own way and did it well.  Carolyn was born to Margie and John Schulze and lived in the Brown County her entire life. She was a graduate of Bangs High School and loved to recount the story of the high school boys picking up her car and taking it up the steps into Bangs High School.

She met Edwin Boenicke outside of Winn’s Pharmacy and soon after, started courting her.  The marriage would eventually end but not before Cyndi and Conice arrived.  Carolyn later met and married Billy Jack Browder. She so enjoyed their time together.  She has been lost since his passing, missing his friendship and companionship and was ready to be with him again in heaven.

Carolyn’s first career was a beautician owning her own shop and later working at a friend’s shop. Cyndi and Conice, as children, would sit in many of the customers’ laps, as Carolyn worked her magic.  Carolyn would later start a career in running a mail route to May, TX and continue to do individuals’ hair. She tired of these two jobs and started to try to find a new direction, working jobs at a convenience store, Corn Dog 7 and even as a prison guard. She obtained a real estate license during this time and eventually began work on her college basics and earned her Licensed Chemical Dependency Counselor (LCDC). Using that certification, she ended up working in counseling services.  She loved working with her co-workers and clients, many of which, became dear life-long friends.

Carolyn’s inspiration over the last few years has been her animals and supporting local animal rescue efforts. These animals have provided her immense joy in her final years.  If you are one of those who adopted from her “family of four legs”, her “human family” thanks you immensely.

Carolyn is one of the few people her family knows that has read the Bible twice and yet didn’t identify with a church congregation.  However, her faith in God has shown through as she approached the end of her natural life with spiritual leadership of Pastor Neeley. He will never know how much the family appreciates his time caring for her spiritual needs until her very last breath.

Carolyn was preceded in death by her parents Margie McCoy Schulze and John Schulze, brother Gary Schulze.  She is survived by her children, Cyndi Zagorksi (Jimmy) of Early and Conice Boenicke (Kristen) of Del Rio as well as her grandchildren, David Childs of Austin, Brandan Childs (Julie) of Brownwood, Caleb Childs of Austin, Megan and Colin Boenicke of Del Rio and niece, TraDawn Diagneault (Josh), Landon and Lance Schulze (all of Early).  Carolyn was also blessed to see her first great grandchild, Kennedy Kate Childs of Brownwood born in August of 2020.

The family appreciates the caring and compassion from Solaris Hospice and Hill Country Home Health. They touched Carolyn’s life at a very difficult time and gave her companionship that she really needed and enjoyed.

Carolyn’s life will be celebrated at 10:00 AM, on Saturday, October 17, 2020, at the Early First United Methodist Church. Burial will follow in the Bangs Cemetery under the direction of Heartland Funeral Home.  The family will receive friends at the funeral home on Friday evening from 6:00 until 8:00.

In lieu of flowers, donations may be made to Early First United Methodist Church.

Condolences, memories and tributes can be shared with the family online at heartlandfuneral.net. 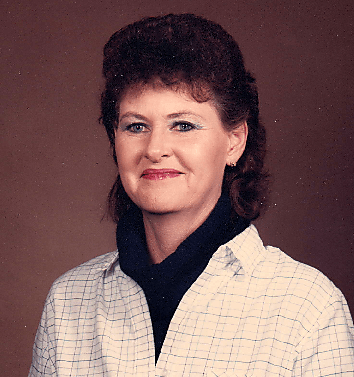