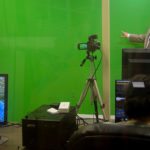 The way in which the greater Brownwood area receives its weather information changes forever Monday morning.

The official website for KOXE 101.3 FM, koxe.com, will begin streaming its Central Texas Weather program twice a day – at 7:15 a.m. and 12:30 p.m. Monday through Friday. In the case of severe weather in the area regardless of the day or time, the stream will also go live on the website.

KOXE’s Randy Turner, who spent more than two decades in television, will provide up to the second weather information.

“I’m excited to be doing it,” Turner said. “It’s something I’ve done for 20 years so it’ll be a continuation of bringing live weather and severe weather coverage to Brown County and the KOXE listening area.”

If you miss either live daily streaming session the information can still be obtained.

“There will be a video stream on KOXE.com that you’ll be able to watch live as it happens, and then you can come back in case you miss it and watch it,” Turner said.

The concept behind streaming weather on the KOXE website is to provide a hyper-local approach as currently the closest video coverage for the Brownwood area comes from Abilene. With Turner being a meteorologist and having previous experience in the field, the key ingredients were in place.

“The idea behind this came from having Randy Turner, a longtime weatherman, now at KOXE, and also knowing that every time the weather was of interest the people reporting it visually were not local,” KOXE General Manager Randall McAnally said. “All of us at KOXE are excited about the future of KOXE reporting weather in Brownwood and Central Texas through live video streaming.  If you are interested in being a part of it, feel free to get in touch with us.”

Behind the scenes, Starr Goins serves as producer of Central Texas Weather.

“When you’re in radio, you’re always looking for the next big thing and streaming TV is the next big thing,” Goins said. “I do the digital that goes on the platforms we have, so since I am already familiar with it I moved into that (producer) role.”

As for her responsibilities with Central Texas Weather, Goins said, “I make sure Randy gets on the air on the platforms he needs to be on, I put the show together as far as the commercials going in and how everything lines up, it’s just like a movie. Randy takes care of the models and gets the weather information set and I put the show together.”

The new TV studio setup is located within the offices of KOXE, and weather is just the starting point in terms of potential productions.

“Going forward it could branch out into sports, talk shows, it’s really a TV studio,” Turner said. “Anything we want to do on video we can do.”

Goins further elaborated on what KOXE.com intends to stream in the not too distant future.

“We’re starting out with the weather then we’ll move on to doing our shows live in there as well like the Coach’s Corner, Pigskin Pick ‘Em, Talk-O-2sday,” Goins said. “Then we’ll move on to where when we have artists come in, they can perform live and we’ll have a background behind them. We can have virtual sets, which is a pretty big deal.”

Visit KOXE.com at 7:15 a.m. Monday for the debut episode of Central Texas Weather.