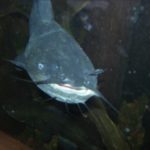 “A team of TPWD fisheries biologists have worked for the past two years to review our current catfish regulations with the goals of continuing to provide good angling, meeting current angler needs, and reducing the number of regulations,” said Dave Terre, TPWD’s Fish Management Chief. “Obtaining feedback and making sure any new regulation options are acceptable to anglers is an important step in these ongoing efforts.”

These potential options were recently presented in webinars to a group of catfish anglers, fishing guides, and outdoor writers to discuss and get their input (see link to recording of webinar at end of the release).

The first option would modify the current statewide regulations for blue and channel catfish of a 12-inch minimum length limit and a 25-fish daily bag limit that combines both species. The potential new statewide regulation would remove the minimum length limit (fish of any length could be harvested) and retain the 25-fish daily bag. However, of the 25 blue or channel catfish that could be harvested per day, anglers would be limited to harvesting no more than 10 fish that measure 20 inches or longer.

Based on population data collected by biologists, this statewide regulation would apply to about 80 percent of reservoirs and rivers. Catfish populations in these waters are generally characterized by average growth and abundance with some of these waters producing some large fish for anglers to catch.

“We know from our statewide catfish survey that most catfish anglers prefer catching a bunch of catfish to eat,” said Dave Terre. “This regulation addresses what those anglers want and can be used on many of our state’s waters. It will also take advantage of what the catfish populations in those locations can provide based on fish growth rates and abundance.”

Terre added, “We recognize that limiting the number of catfish 20 inches or longer that could be harvested will be a new idea to many anglers. Impacts from that change will be low as we know from our angler harvest data that few anglers harvest more than 10 catfish over 20 inches on any given trip. We believe this new statewide regulation will be well suited for many water bodies and provide the type of fishing that the majority of anglers want.”

The next potential option focuses on catfish populations where reproduction and survival of fingerling catfish is low. Some of these populations also experience high angler harvest. The regulations being considered for these waters are a 14-inch minimum length limit and a 15-fish daily bag that combines both species. “This is applicable to only a few reservoirs and rivers,” said John Tibbs, TPWD Statewide Catfish Management Coordinator. “Our biologists’ assessment is that there are about five percent of reservoirs where this might be needed.”

Next there are some large reservoirs where harvest of catfish by jugline and trotline fishing is popular. For these reservoirs (about five percent of all reservoirs), the harvest regulations would be somewhat similar to the potential new statewide regulations. There would be no minimum length limit and anglers could harvest up to 25 catfish per day. Instead of being limited to harvesting no more than 10 fish 20 inches or longer per day, anglers would be limited to no more than five fish 30 inches or longer.

“This regulation is designed to limit the number of large catfish that an angler can harvest, which is viewed as positive by most anglers. It also may reduce the chance that large catfish will be overharvested, which could have a negative effect on the population,” added John Tibbs. “We have a similar regulation on Toledo Bend Reservoir, which is shared with Louisiana. Anglers there have supported this type of regulation.”

“Since 2016, anglers at Lake Tawakoni have had similar limits on the number of catfish they can keep over certain, specified lengths,” said Tibbs. “For Tawakoni and other reservoirs where we have enacted similar regulations, anglers have expressed their support.”

“We currently have about a dozen reservoirs that would be suitable for this regulation, although additional research currently underway may slightly increase this number,” Tibbs continued.  “We have documented that there is a group of catfish anglers who like to fish for larger catfish and want to see the abundance of those fish increase. This regulation is designed to accomplish this by reducing harvest on catfish between 20 and 30 inches. In addition to increasing the abundance of large blue catfish and the opportunity to catch one, it will also maintain channel catfish populations at levels that should provide good angling.”

Catfish regulations not being considered for modification at this time include those for flathead catfish, community fishing lakes (small local ponds and lakes), waters shared with Oklahoma and Louisiana (Texoma, Toledo Bend, and Caddo), and the regulation on Lake Tawakoni.

The public can view the webinar on the TPWD YouTube channel to learn more about these potential regulations. Questions or comments can be directed to John Tibbs (John.tibbs@tpwd.texas.gov). Biologists will consider all public input and any additional information before proposing any changes to the TPW Commission at the January 20, 2021 meeting.

For more information on catfish in Texas, checkout the TPWD Catfish Management Plan. 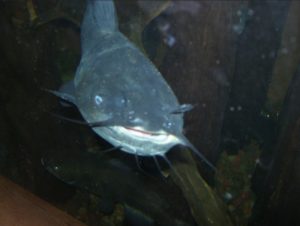