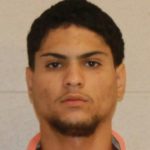 The Brownwood Police Department issued the following press release at 10 a.m. Monday regarding a weekend shooting:

On Saturday, July 18 at approximately 8:30 p.m. officers with the Brownwood Police Department were dispatched to a report of a large fight in the roadway in the 1700 block of Main Blvd. As officers traveled to this location, callers to 911 reported shots being fired.

When officers arrived on scene, they located several subjects in the street and learned that the main fighters had left the area. Additionally, a call came in from the Brownwood Regional Medical reporting a gunshot victim in the ER.

After interviewing victims and witnesses, officers learned that several people drove to this location to confront people at a house. During this argument, a physical fight broke out and at one point 19-year-old Joefty Ivan Rodriguez of Brownwood exited a vehicle and began randomly shooting a pistol at people.

The Criminal Investigations Division of the Brownwood Police Department was contacted and commenced their investigation. During the course of the evening and early morning hours, Rodriguez was located and interviewed and implicated himself in firing a weapon during the fight.

Rodriguez was arrested and charged with Aggravated Assault with a Deadly Weapon.

The 18 year old shooting victim was care flighted to Baylor-Scott and White in Temple where he underwent surgery for this life-threatening injury. He remains in critical condition.