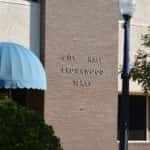 Brownwood News – The Brownwood City Council today approved $120,000 for an addition at Fire Station #2.  The south side fire station on Indian Creek Drive was built in 1971 and has had no significant upgrades since construction.  The mission of fire departments has grown considerably in the last 50 years, and Fire Station #2 is no longer suitable for the task.

The addition will include new restrooms, a workout room, laundry facilities, and office space.  The low bid of $117,000, plus $3000 to convert sleeping quarters to a workout facility, was approved by a 4-0 vote.  Councilmen H.D. Jones, Walker Willey, and Ed McMillian were in attendance, Councilman Larry Mathis voted via Zoom, and Councilman Draco Miller was absent.  The low bid was submitted by Cody Smith Construction, and was approved on first reading, subject to review by City Attorney Pat Chesser for performance bond, payment bond, and insurance.

The Council also spent a considerable amount of time discussing possible repairs to the Adams Street Community Center building.  City staff has noted that the foundation has settled, resulting in sloped floors, cracked walls, and water damage.  The original repair estimate was $28,000, but when bids were requested, the low bid was $21,650.

Walker Willey questioned whether money should be spent on the foundation, or on much-needed repairs and renovations to the interior of the building.  H.D. Jones said he inspected the building, and “the slab is not cracking out.  I looked over the whole slab.  The walls are straight.  It has dropped down in the back corner.  But the building is 50 years old…  I think it has settled all it’s going to settle…  I think we need to spend the money on the inside…  I think it would be a waste of taxpayer money to spend $21,000 on stabilizing the slab.”  Ed McMillian agreed with Jones.

Larry Mathis, speaking via Zoom, said he questions the wisdom of spending much money on the Adams Street building, when we don’t know what the future of that building is.  Mathis was referring to the proposed new convention and meeting center on Washington Street, in the building known as the Timmins Building.

The Council voted 4-0 to make no foundation repairs to the Adams Street building at this time.  The building does need new guttering, to direct rain water away from the slab.  The estimated cost is $3,500, which the City does plan to do.

Lisa Dick of the Brownwood/Brown County Health Department reported that 66 new cases of COVID-19 were reported in Brownwood on Monday.  Nearly half of those were in one nursing home, but still that means that over 30 cases were in the community.  “The only way we can make a difference for our community is to try to do things differently or better than we are seeing in other communities.”  She also commented:  “With more cases the main thing we need to think about is, even though we might be able to control it to a degree, there are still going to be more deaths.  So just be aware of that as you are making decisions about if you are going to be out in the community, or if you are deciding to wear a mask or not, or group gatherings, or going out when you are sick, you are making a choice that affects other people.”

Mayor Stephen Haynes commented:  “We continue to have meetings with the County Judge and the other mayors (of Brown County).  We try to act uniformly… We are going to give local people the authority and consent to do what they need to do, understanding the risk…  I do worry about people’s right to meet together, people’s right to assemble I think is a Constitutional issue.  I worry about the law being applied equally, because I think the 14th Amendment guarantees equal protection of the law.  I try to take those things in mind.  I try to be respectful of the chain of command, and try not to overstep our bounds.  But also try to give people the right to make free choices.  And hopefully people will appreciate that and take the appropriate precautions.”

*** The Council authorized the Mayor’s signature on an annual Certificate of Demilitarization for weapons on display at Camp Bowie Memorial Park.

*** Approved the City Manager to sign an agreement with the Texas Department of State Health Services on behalf of the Brownwood/Brown County Health Department to provide the Women Infant and Children’s Nutritional Program to our community.

***  Approved the appointment of David Claborn to the Library Board, to fill the unexpired term of David Clemons.

***  Approved the appointment of Robert Snyder to the Building and Standards Commission, to fill the unexpired term of Larry McBride (alternate member).

***  Approved the appointments of Charles Lockwood and Don Morelock to the Planning and Zoning Commission, to fill the unexpired terms of Larry McBride and Sherri Wells.