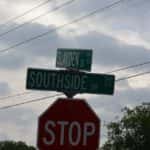 On Sunday, June 28, 2020, at approximately 7:30 pm members of the Brownwood Police Department, Brownwood Fire Department and Lifeguard EMS responded to the 2400 Block of Southside Drive regarding a report of a traffic accident involving pedestrians.

In a statement from the Brownwood Police Department:

“Upon arrival, officers were directed to the front yard of 2401 Southside where several injured people were located.  It appeared that, for unknown reasons, a 2006 Ford F-150 pickup left the roadway and traveled into the front yard of this residence; between a parked pickup with an attached trailer and the residence.  Occupants and friends of 2401 Southside were in this area unloading furniture from the trailer.  The pickup struck several of these individuals as it traveled through the yard before coming to a stop.

Lifesaving measures were begun and an adult female was flown to John Peter Smith Hospital for urgent care.  Additionally, a 5 year old juvenile was care flighted to Cooks Children’s Hospital and an 8 year old juvenile was transported to the Brownwood Regional Medical Center.  Kimberly Renee Allen, 28, of Brownwood was pronounced deceased at the scene. 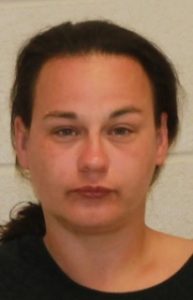 The driver of the pickup was identified as 38 year-old Margaret Marie Harper (left) of Brownwood.  Harper was interviewed and subsequently arrested, police say.  Harper was charged with Intoxicated Manslaughter w/vehicle, 3 counts of Intoxicated Assault w/vehicle and Driving with an Invalid License.

The Brownwood Police Department Criminal Investigations Division continues the investigation and is being assisted by the Texas Department of Public Safety and the Brown County District Attorney’s Office.

The Texas Department of Public Safety also assisted the police department in this investigation.  Police ask for your patience and understanding during this time and that you keep the family in your prayers. (those charged are innocent until proven guilty in a court of law)