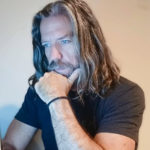 Woo is it cold! Not really bad, though. It’s seasonal, but sometimes in the middle of November, cool is sometimes on the menu. The first freeze of the season came in the other morning, and it was fun to see people bundled up, and all the cool and stylish coats on the ladies as they breezed into the restaurant on Saturday night.

After dark (early now!) it was interesting to stand behind the bar and look through the restaurant and out the windows and beyond Baker Street to Coursey Park and the strollers and Saturday night revelers silhouetted against the newly installed and lighted tree standing in the middle of it.

People are downtown and that is fun, too. After my last few articles (which got a lot of traffic,) I’ve received some cool and wonderful messages and comments. People have stopped me downtown to talk about what I had to say.

One of the more interesting comments from people takes this general form:

Ok, so… what do we DO? How do we get new people, travelers, visitors, and those who just don’t even know about the downtown revitalization to come down here and just check it out?

Well, here is what we’re doing. There is a very cool thing coming to Downtown and more specifically to the Lyric Theatre in December. And my stamp of approval is on it.

We have live music down here all the time, and that’s great. I love it. I support every business that is bringing music to town. I love you all. I’ve written several columns about how I love the fact that on almost any Thursday through Saturday night you can find live music somewhere. But I’ve been very interested in seeing a real EVENT, a unique and remarkable concert, come to Downtown. Well, that’s about to happen. Here’s my checklist to satisfy my ideas and to motivate my participation…

I’d been thinking about an idea like this for some time but had no experience in arranging things like this. I have skills and an audience, but I’m a newbie to this stuff. And after my last couple of articles, just such an opportunity presented itself. David Adams contacted me from Santa Anna and told me he had the perfect idea for bringing a huge influx of people to Downtown Brownwood. He’d been talking with Mitch (my boss here at BrownwoodNews) and we were all on the same page about what we’d like to see happen. The search was on and had produced fruit. He asked if I’d be interested in helping promote and push the idea of bringing a real unique concert to the BTX. In other words, would I be willing to put my work, effort, and platform where my mouth is?

You might have heard it announced on the radio on Friday, but eclectic musician Johnny Manchild is coming to Brownwood on Saturday, December 17th. If you haven’t heard of Johnny, well… welcome to the club. But after David contacted me I looked Johnny up and he certainly fits the bill. He’s a multi-talented individual who has been making music since he was ten years old. He plays a bunch of instruments and has a fantastic band (even with a horn section!) and they play a wide variety of styles. Think of Chicago in the 1970s mashed up with Elton John and even some Frank Sinatra along with a dozen other styles.

So, we’re doing it. Johnny is coming.

What is up with Johnny Manchild? From the Lyric Brownwood page:

“Since its founding in 2016, the band took the internet by storm, with a unique conundrum of jazz idioms, ska, alt-rock, world music, and funk that prompted even Anthony Fantano himself (known as “The Only Music Critic Who Matters” by the NYT) ask “what gives them the right to be this good?

The band has since answered that question, drawing from a dedicated and thriving fanbase that is bound together by a deep love of music, lyricism, engineering and sonic exploration. From their hometown of Oklahoma City to the global stage, each release has been a marked discovery not just for the fans, but the Poor Bastards themselves.

With 11+ million streams, 3 albums, and new sonic horizons to be crossed, the Poor Bastards have morphed into a collective of sorts with as many as 10 collaborators in regular rotation, with Johnny Manchild at the helm. Now, in 2021, Johnny Manchild and the Poor Bastards are preparing to release their most ambitious project yet, We Did Not Ask For This Room, a successfully crowd-funded album, recorded at nationally renowned recording studio, Sonic Ranch.”

I got to meet up with Johnny and David the other day before work and we toured the Lyric guided by the Lyric’s honcho Eric Evans. I only talked to three local businesses and already got three sponsors. Everyone wants to be involved, so that is exciting! Don’t be upset that I haven’t spoken to you yet… things are only now coming together. There will likely be only 4-5 big super-sponsors, but dozens of smaller sponsorships are available for inclusion on the posters and such, and all will help (we are certain) bring a big influx of people to Downtown for the day on the 17th. We’re specifically attempting to get people to come downtown, tour the place, go into the shops and restaurants, and make a day of it. At 7 pm the concert starts. Tickets are $15 a piece, and they are on sale at the Lyric Brownwood website RIGHT NOW. We’re hoping that the thing will sell out immediately so we can try to get Johnny to add a second show. Also, it would be a great boost to my ego to know that people read my columns and the Bunker reach is substantial! (Everyone knows I need an ego boost.)

For tickets, go to: https://www.brownwoodlyrictheatre.com/tickets.html

First, go buy tickets! Now, here is the deal. I’ve worked Downtown for a good while. I really personally dislike (although I understand it) that businesses downtown are constantly hounded for money, to hang posters, donations, etc. for every single thing happening anywhere in town. And I have purposely not hounded any of you for this very reason. If I see you around, I might ask you if you want to help and become a sponsor, but I’d prefer that this week you contact me. If you see me downtown or if you want to ping me through Facebook or Twitter, just let me know if you want to sponsor the concert. The more of you folks sponsor, the more advertising and media we can purchase to get more people to come downtown! Listen, I haven’t asked you for anything before – but as your unofficial downtown Ambassador, I’m asking now. I’m hoping we can do this and use it as a launching pad to create an independent concert series as the Lyric – a family-friendly way to really focus attention on the area. Won’t you help me?

Again we’ll have 4-6 big sponsorships that will include your business or organization on the posters, constant mentions on all of our radio and media, and inclusion if we do billboards. Contact me to snag one of those, but one is already taken. Smaller sponsorships of $500 or $100 are also available but will also be limited, so get hold of me as soon as you read this.

So… to the question, “Bunker, what are YOU doing to help build interest and awareness of Downtown?” This is my answer: In addition to writing about it, and being a tireless supporter and help for my local business friends, I am putting my time and platform to work to make this happen. Come join me.