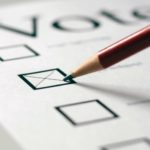 AUSTIN – Governor Greg Abbott today issued a statement following the passage of Senate Bill 1, which will protect the integrity of our elections in Texas:

“Protecting the integrity of our elections is critical in the state of Texas, which is why I made election integrity an emergency item during the 87th Legislative Session. I thank Senator Brian Hughes, Representative Andrew Murr, Lieutenant Governor Dan Patrick, and Speaker Dade Phelan for stepping up to ensure that this bill made it to the finish line during the second special session. Senate Bill 1 will solidify trust and confidence in the outcome of our elections by making it easier to vote and harder to cheat. I look forward to signing Senate Bill 1 into law, ensuring election integrity in Texas.”

Governor Abbott talked more about the Election Integrity Law yesterday with Morgan Brennan of CNBC’s “Squawk on the Street”.

Gov’t Abbott said “You raised the issue about the Election Integrity Law that did just pass the Texas legislature and that I will be signing and if you go back a few months in time back when Major League Baseball moved its All-Star Game out of Atlanta and there was a big to do in the state of Texas between Texas as well as Major League Baseball about that as well as some big companies in the state of Texas that came out and criticized the state of Texas for the position that we were taking but Morgan, this is important, when they learn the facts of what the Election Integrity Law does in the state of Texas, they realize that Texas was adding more time to vote. Texas was making it easier to vote than before the law passed. Let me just give you one quick example and that is Texas has almost two weeks of early voting to make it very easy for people to vote and in the President’s home state of Delaware, they have zero days of early voting so it’s far easier for people to vote in Texas or even in New York than it is in so many other places and so if people look at the facts, they realize, wait a second, Texas really is a well governed state.”