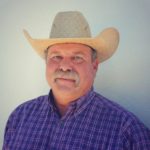 This spring was cooler than most and some were fortunate to get a good healthy rain.  As things start to warm up, we expect to have problems with internal parasites in sheep and goats.  Fortunately, there has been some advancements in technology to help in the fight against these pesky parasites.  The bad news is, strategic treatment is not simple, and the more science learns about parasites, the more we realize just how much we don’t understand!

For me, the complexity of life is part fascinating and part frustrating. The intricate process by which sunlight and water grow plants that are eaten by sheep and goats to sustain themselves, grow, and reproduce is truly incredible. It is amazing how they overcome challenges and thrive in the face of adversity. Unfortunately, parasites, predators, and pathogens that negatively impact sheep and goats are just as complex and resilient.

Therein lies the dilemma: how we make decisions to better manage sheep and goats knowing there will always be drawbacks to every decision.  Successful ranchers employ practices that result in the most benefit with the fewest consequences.  Yet, best practices differ from one operation to the next and these best practices are constantly changing.  The reason they vary between operation is because each ranch has different resources (labor, land, feed) and different overall management strategies (breed, season of birth, supplementation).

Parasite management is the best example of this.  The barber pole worm (H. contortus) is the most damaging parasite to sheep and goats and is particularly problematic for certain animals: those that are thin, lactating, or young. Though the barber pole worm thrives in wet, warm, late spring conditions, it can still persist in most any animal and in any weather condition common in Texas.

For decades, ranchers administered dewormer products repeatedly to prevent barber pole worm. However, treatment does not always eliminate every worm from the animal, with some resistant specimens surviving. These worms then reproduce at an alarmingly fast rate (10,000 eggs per day!) and before you know it, an entire population of worms resistant to the treatment you utilized has developed. Continuing to treat animals with the same products and tactics is eventually useless. Slowing the rate of dewormer resistance is possible, but requires an understanding of the parasite, its lifecycle, and the animal’s immune system.

Simply put, there is no silver bullet to control parasites that will work for everyone.  If someone tells you otherwise, they are misled, misinformed or straight up lying.  Strategic parasite management is a plausible solution, but this requires implementation of several strategies to mitigate the impact of internal parasites.

Employing a number of these practices on your ranch can help reduce both the economic and animal health related consequences brought on by internal parasites. Philosophically, it seems the “best” ranchers manage their land and livestock to maximize profit in good years and limit losses in poor years. Not to mention, they are lifelong learners who know that they have nothing completely figured out and relish the chance to incorporate new ideas and techniques. This spring has west Texas set up for a good grass growing season and livestock and their young should flourish… don’t let internal parasites ruin this opportunity!

Murder hornets may make the headlines because of their frightening name, but they are not in Texas. So, let’s talk about wasps and hornets and precautions you can take to avoid stings.

Wasps tend their nest in the eaves of a building.

Paper wasps tending to their nest inside a barn. Note the abandoned paper nest and remnant outline of a mud dauber structure nearby. Texas A&M AgriLife photo by Adam Russell)

All wasps and hornets are beneficial, said Wizzie Brown, Texas A&M AgriLife Extension Service entomologist, Austin. Homeowners can appreciate that they protect gardens and landscapes from pests like caterpillars, spiders and aphids and pollinate blooming plants, but a sudden sting can erase that goodwill quickly.

Wasps and hornets are focused on building nests and rearing young in any naturally occurring location or man-made structure that provides protection from the elements like eaves of buildings, bushes and trees.

Wasps and hornets are typically not aggressive when they are out foraging around flowers or a trash can, so it is best to remain calm and avoid making aggressive movements toward them. However, certain species are very protective of their nests.

If nests are in an area that won’t be disturbed, they typically are not going to be an issue. They become a problem when they are protecting their nests and babies, so a nest by the front door or on your kids’ playset would be a concern.

Locations like doghouses and mailboxes are a few locations homeowners should monitor for nests. If hornets or wasps are flying around a specific spot regularly, there is a possibility a nest could be present or in the making.

All sorts of shapes, sizes, nests and aggression levels

Yellow jackets are small with black and yellow banded markings. They are often misidentified because other species, like certain paper wasps, have similar reddish-brown bodies with yellow stripes. A large ground-dwelling species known as cicada killer wasps also have yellow and black banded markings but can reach up to 2 inches in length.

The cicada killer wasps’ size has caused it to be misidentified as the murder hornet, or giant Asian hornet, which has not been officially sighted outside of Washington state so far.

Wasp and hornet species display a range of aggression when it comes to encroachment, Brown said. Yellow jackets are very protective of their colony and may attack when their nest is threatened, including vibrations from mowing. Mud daubers, on the other hand, are very docile and typically only sting when handled roughly.

Only female wasps and hornet’s sting. The stinger is a modified egg-laying structure called the ovipositor. But males of some species like the cicada killer wasp will display more territorial aggression to an intruder than females, despite its inability to sting.

Paper wasps are probably the most common wasps people encounter across Texas. They build open-faced paper nests typically in aerial locations and can be aggressive when their home is disturbed. Nests are a single layer and hang from a single stalk.

If you see an open-faced nest made out of papery material on the eave of your home or along the ceiling of your porch, there’s a good chance they are paper wasps.

The type of nest structure and its location can be helpful hints as to what species is present.

Yellow jackets, for instance, build paper nests made of chewed wood fiber like paper wasps but build single-entry colonies and are most commonly found in cavities or underground spaces like abandoned rodent burrows.

Mud daubers, on the other hand, collect moist soil and build a structure that they provision with food and lay their eggs. They can build these nests relatively anywhere protected from the rain. Once they’ve filled the structure with eggs and food like spiders, they seal the nest and leave.

Cicada killer wasps burrow into the ground to nest. They are typically solitary nesters but will share a single entry in the ground that leads to several egg-laying nurseries.

Wasps and hornets are fascinating animals. It’s easy to take the good they do around our homes for granted because we are afraid of being stung. But by learning what they do and how the different species act, it removes a lot of the fear and helps you appreciate seeing them around.

Controlling wasps around the house

Controlling where wasps and hornets locate around your home is relatively straightforward – kill the wasps and remove the nest. But the species and nest size present will dictate whether you can do it yourself or should call professionals.

A mud dauber nest that is an eyesore on your home could be scraped off and washed. The same goes for paper wasp nests, but you will need to spray the wasps from a safe distance beforehand. Spray them early in the morning or just before dark so you catch most of the wasps. Clean the space thoroughly after removing the nest to remove any pheromones that might attract other wasps to that location.

It is recommended using a spray pesticide that can shoot a concentrated stream 8-10 feet when removing stinging species like paper wasps.

Yellow jackets and hornets, especially those in established colonies, should be handled by professionals.

Earlier in the season, when the nests are smaller, removal might be something the DIY person could do, but when they are really active, removal could turn into a dangerous situation without protective clothing and specialized equipment.

Because yellowjackets and hornets can be very aggressive in protecting their nests and can sting multiple times, seeking shelter in a protected, closed area is the only way to avoid stings. Common swarm scenarios are a homeowner mowing their lawn and unwittingly alarming the colony through vibration or a farmer cutting hay and running over an underground colony.

We recommend anyone who is consistently seeing any type of flying insect in a specific location that might be cause for concern – whether it’s around kids or your pet or a place you might disturb them – it might be worth taking a look to see what you’re dealing with. Be cautious and calm and don’t get too close but knowing what insect you have could help you determine what the next step should be.

Previous Story
David Morgan, 72
Next Story
THE MISSION FOR A HEALTHY VISION