Mayor Stephen Haynes expressed excitement at the City Council meeting regarding the building improvements in the downtown area.

“Two of those businesses are new to the Brownwood area,” Mayor Haynes told attendees at the meeting. “It’s been quite a while since we’ve had substantial movement in downtown. The recent trend (of revitalizing downtown) seems to be catching, and other people are buying property downtown. That’s exciting.”

The four BIIP grants total $56,591 for local businesses. Total private construction investments from these four businesses are totaled at $271,373. BIIP incentives approved for the year-to-date, including the four approved at the recent City Council meeting, are totaled at $223,281. Total private construction investment from locally owned Brownwood businesses participating in the program are listed at $2,262,785.

The Building Improvement Program consists of a match of up to $20,000.00 for commercial building improvements that restore, rehabilitate, enhance, or beautify a structure. The program’s goals are to revitalize and improve the appearance of Brownwood commercial buildings to positively impact the aesthetics, marketability, and perception of the City of Brownwood. Funding for the program is provided by the BMDD.

Executive Director of the BMDD Ray Tipton is pleased with the continued focus in downtown Brownwood.

“The BMDD is proud to partner with local businesses who invest in the economy here in Brownwood,” Tipton said. “We are seeing fantastic results as businesses continue to revitalize our historic downtown area.” 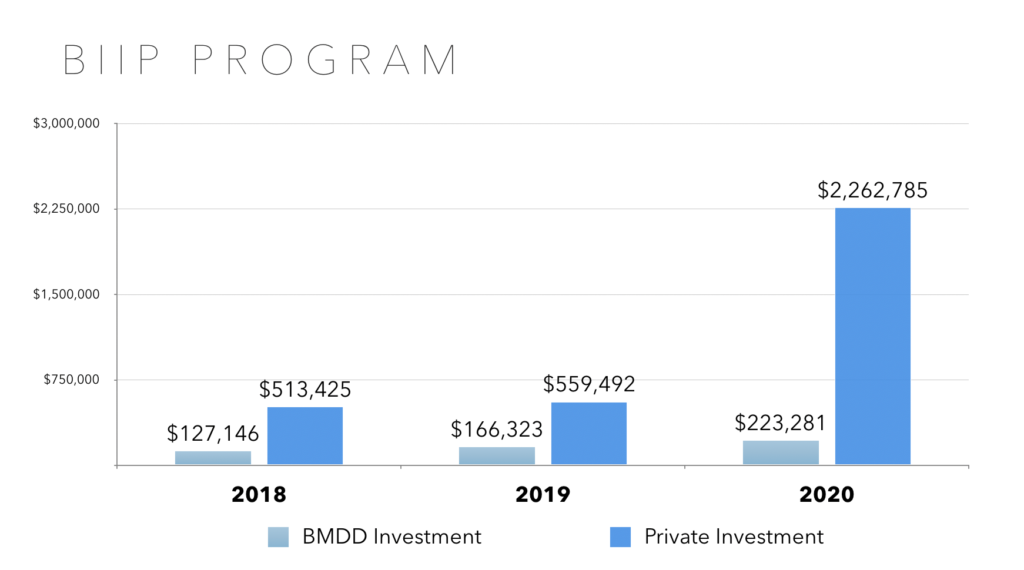