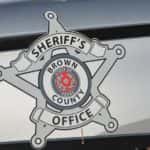 On Saturday, Aug. 15, Deputy Saydie Hammonds, went to Willow Bend Rd. This was in regard to a burglary that had taken place. A report was made.

On Sunday, Aug. 16, Deputy Hammonds, was called to the area of Beach Club Dr. This was in regard to a theft. A report was made.

On Friday, Aug. 21, Deputy Mason Fabbiani located a goat carcass on the side of the County Road 264. Deputy Fabbiani was advised the goat had been there for a few days. A report has been made.

On Saturday, Aug. 22 at 10:57 p.m., Corporal Jayson Bastardo was dispatched FM 2632 in Brownwood (Hideout Golf Resort). This was in regard to a physical assault. Upon arrival and speaking with several employees an off-duty employee of the resort allegedly assaulted staff members and his father-n-law. After further investigation a Class C Assault report was taken.

On Sunday, Aug. 23, deputies responded to a call for possible trespassing in the 2900 block of US Hwy 183 North. Upon arrival an individual was located on the property with a female. After investigation it was determined the individual entered the property without consent of the owners, and was placed in custody for Criminal Trespass Habitation. A report has been done.

On Sunday, Aug. 23 at approximately 10:43 a.m., Deputy Scotty Burke was dispatched to CR 355 in Blanket in reference to a burglary of a habitation report and investigation.

On Sunday, Aug. 23 at about 11:53 a.m., Deputy Byron Langley, arrived at CR 180 in Brownwood in regard to criminal mischief. An individual believed two suspects shot his gate.

On Sunday, Aug. 23 at about 5:15 p.m., Deputy Simpson responded to Oak Point in regard to a theft of a purse. Upon arriving on scene, Deputy Simpson was advised the purse was valued at $2,000, and a scarf was stolen as well. A report was made.

On Sunday, Aug. 23, Deputy Mason Fabbiani was dispatched to an address on County Road 542 for a welfare check. The subject was located and appeared to be OK. Adult Protective Service was contacted to provide more services. A report has been made.

On Monday, Aug. 24, Deputy Andre Smoot with the Brown County Sheriff’s Office responded to a Burglary of Building not in progress. The complainant was spoken to photographs of possible shoe prints and the scene were obtained and a report was completed for further investigation.

On Monday, Aug. 24 at approximately 4:35p.m. while on uniformed patrol in a marked Brown County Sheriff’s Office patrol unit, Deputy M. Davis was dispatched to make phone contact with an individual in regard to a report of fraud.